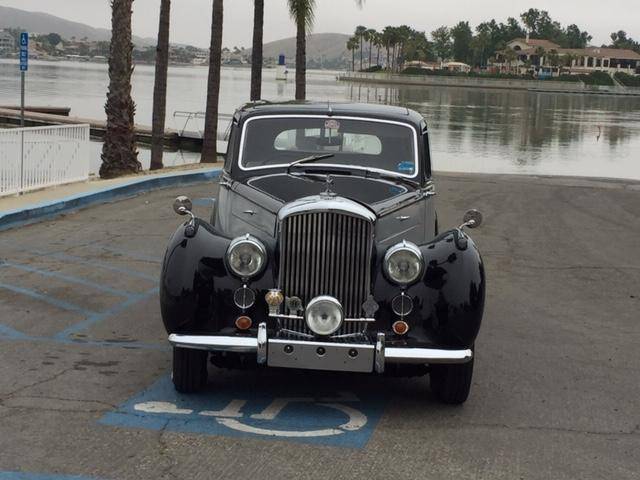 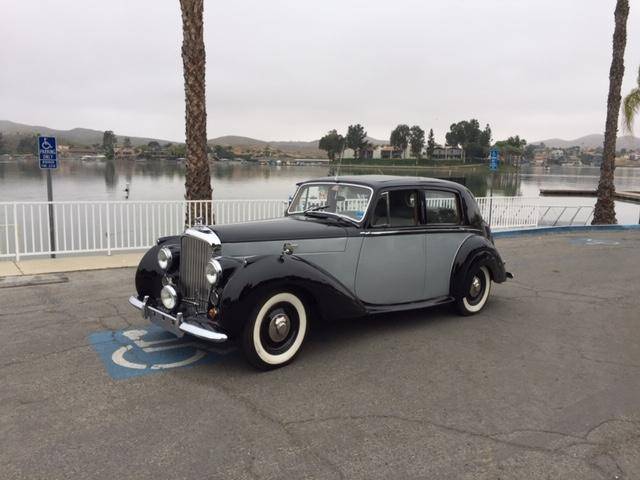 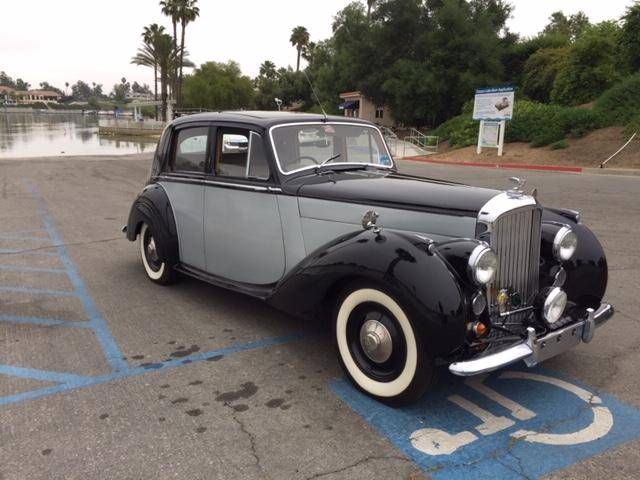 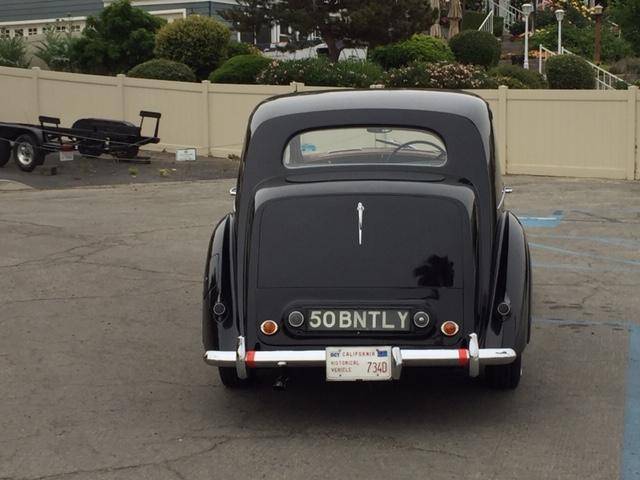 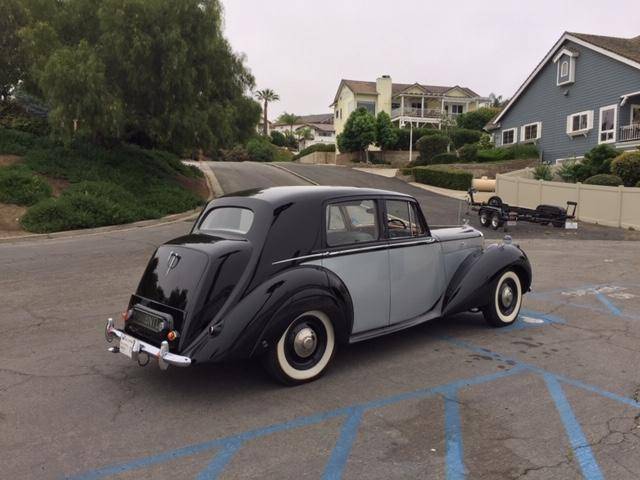 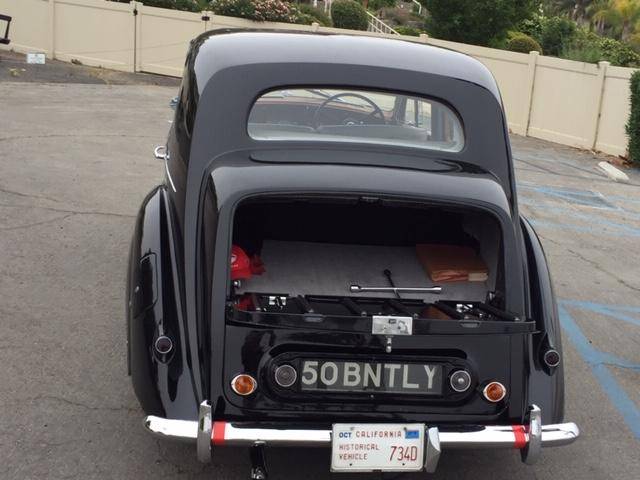 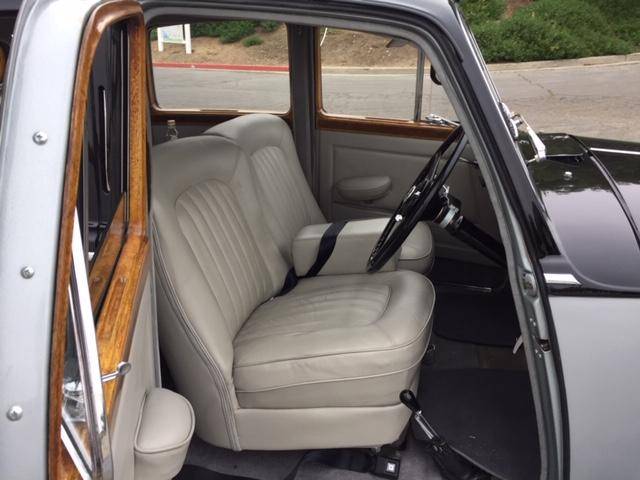 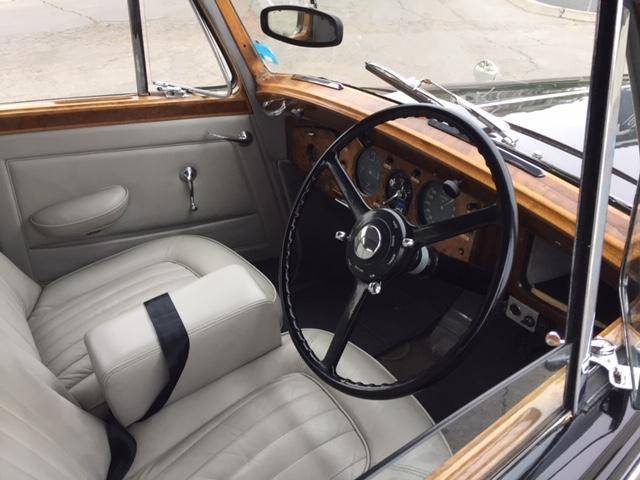 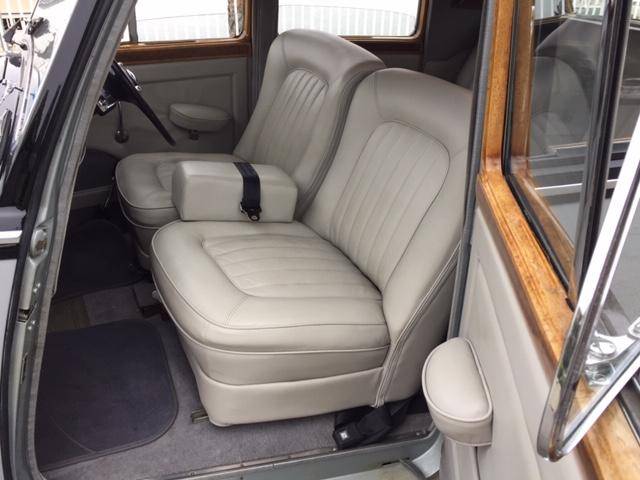 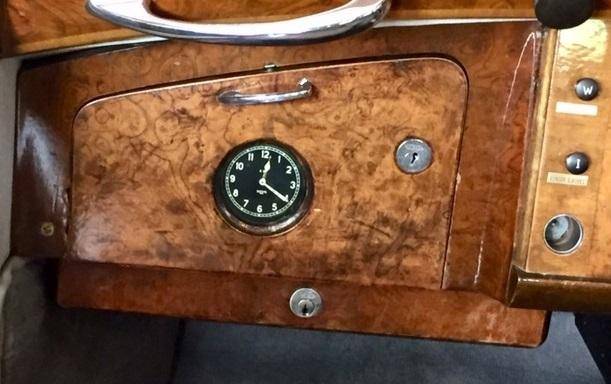 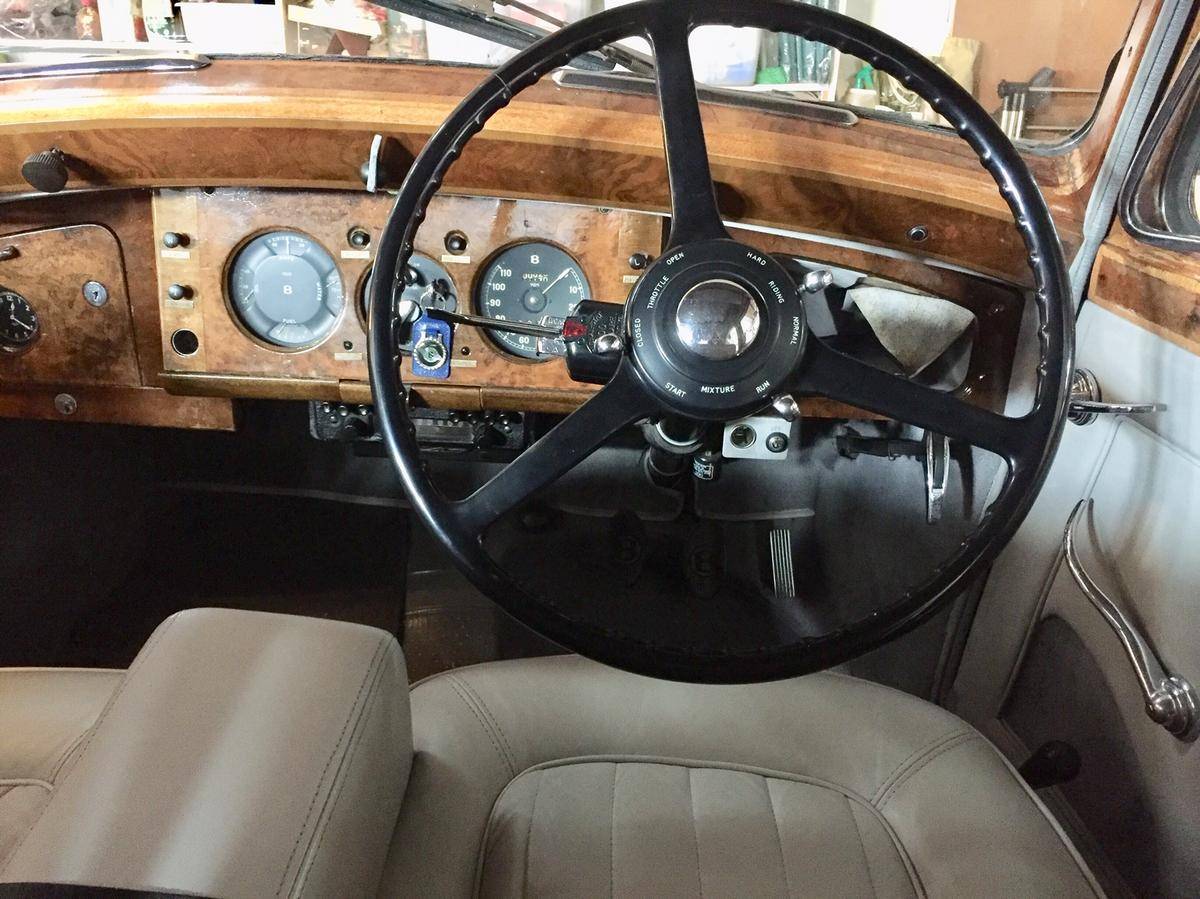 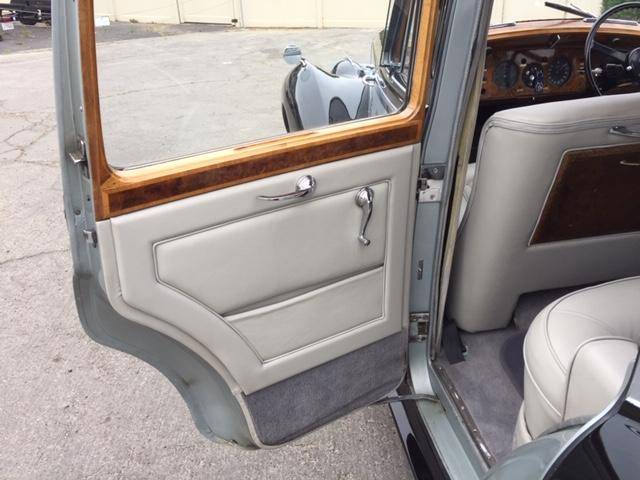 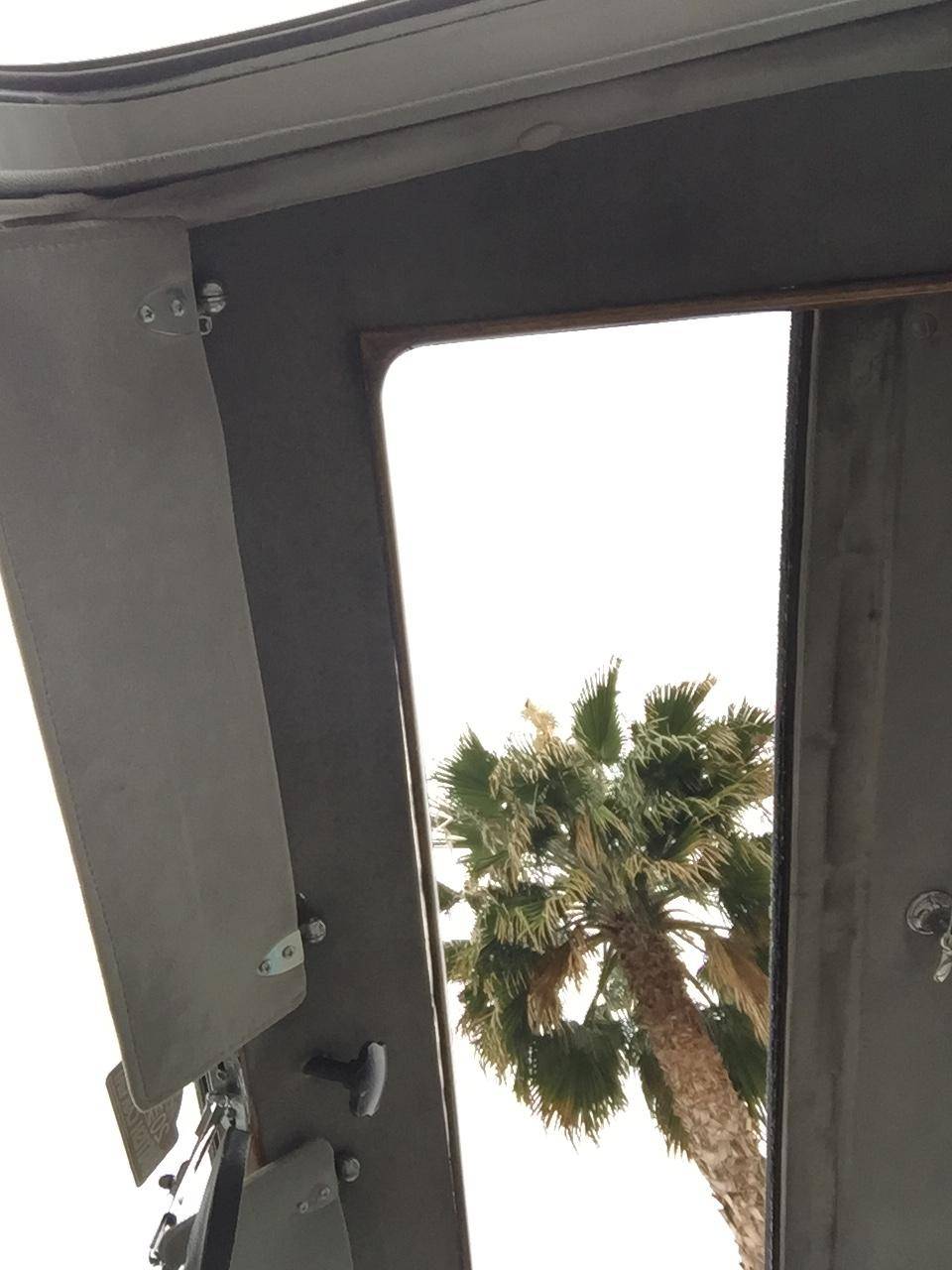 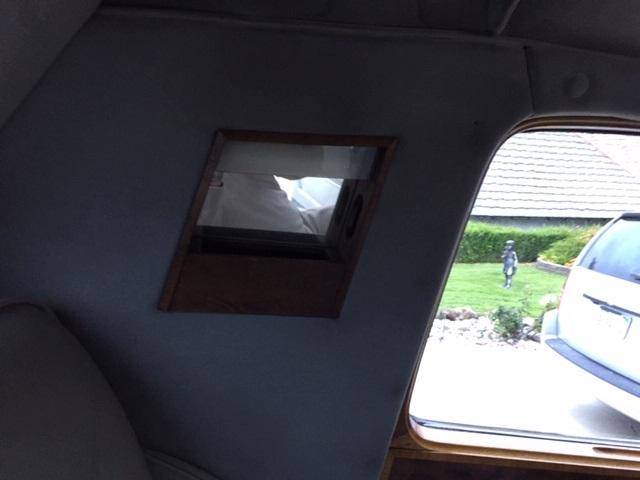 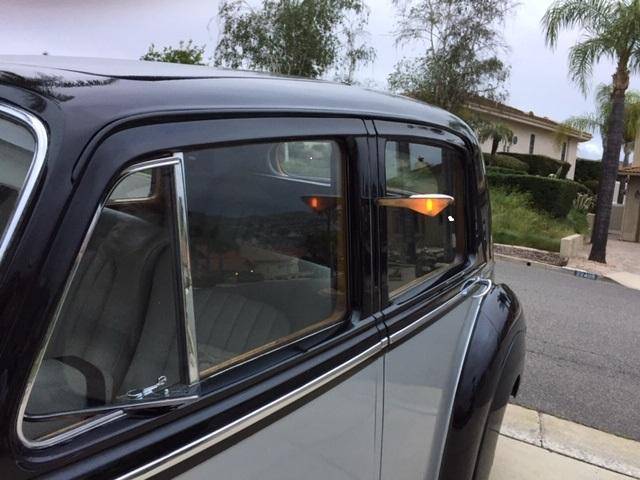 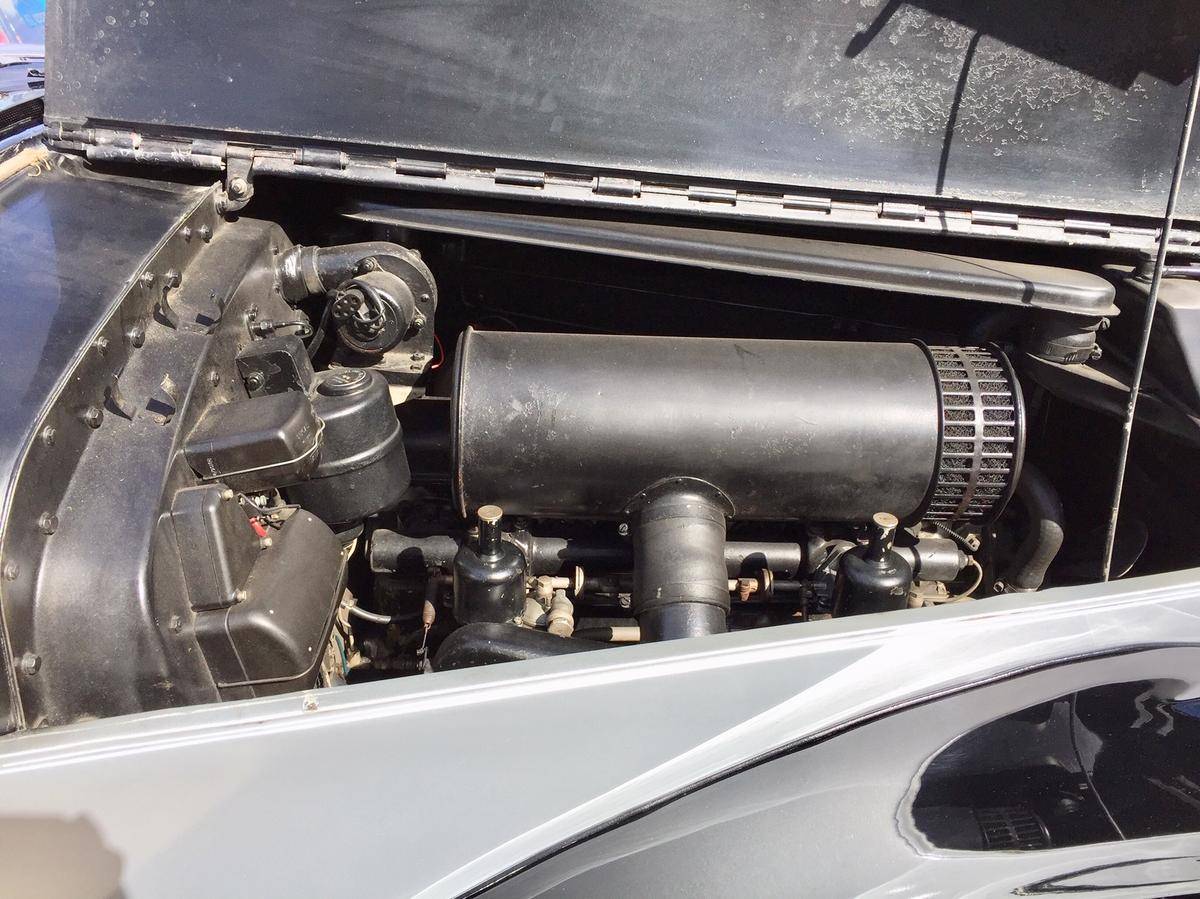 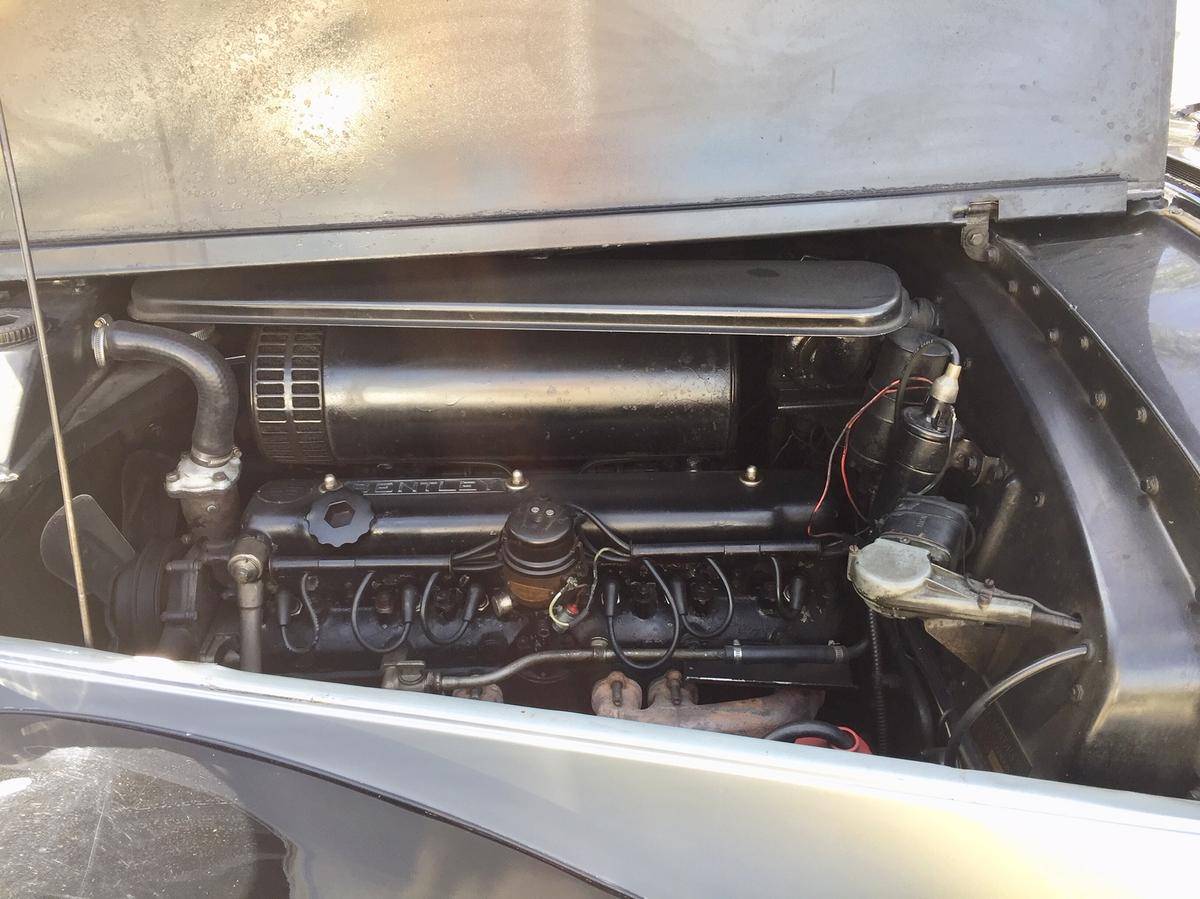 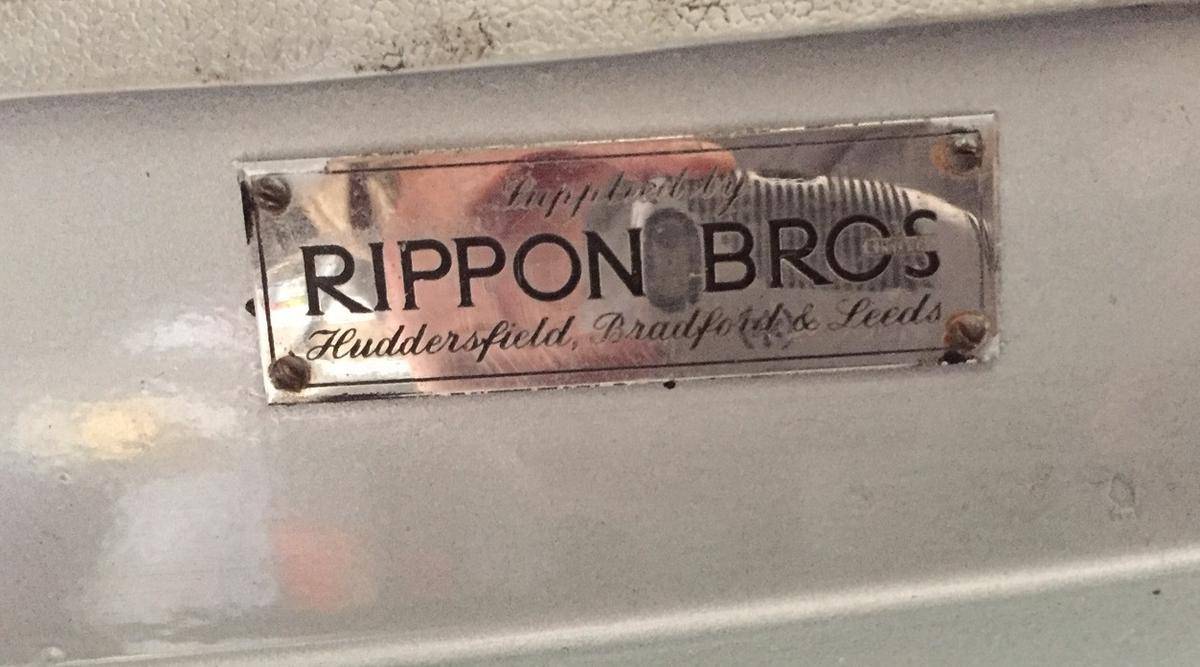 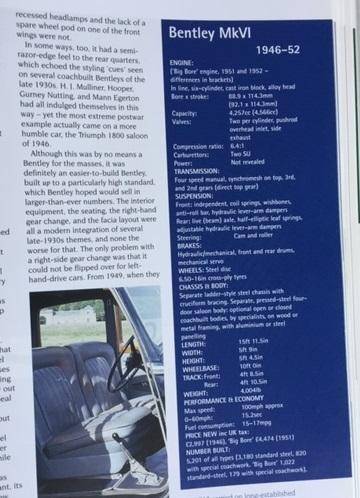 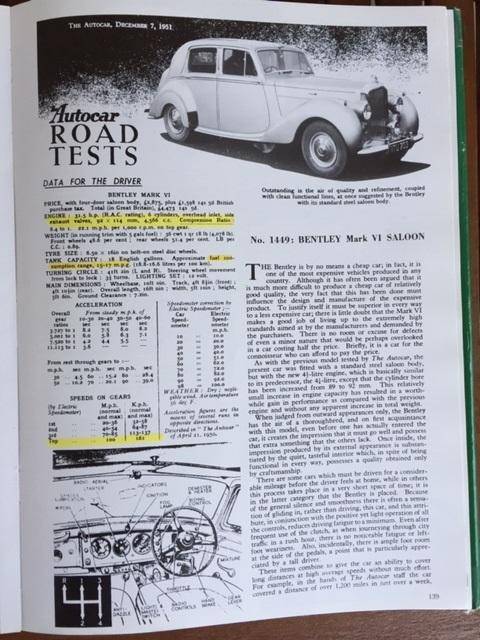 The Bentley MK VI was the first car that Bentley and Rolls Royce produced after WWII. Just prior to the war in 1939 Bentley produced the MK V, but the war intervened and production stopped after a small number of cars were built. Private car production was stopped during the war and Bentley and Rolls car production plants were changed to produce the Merlin aero engines that were used in the Spitfire and Hurricane fighters to successfully counter the German Luftwaffe. After WW II Bentley car production was restarted by modifying the tools for the MK V to make the MK VI.

As you know, a car built in 1950 is now 69 years old, as a result the paint work, the upholstery and the engine all tell the tale of age even for a wonderful car like the Bentley.

My car Chassis number “B239 FU” was built in 1949-1950, the engine number is “B369F”. It was first bought by “PD Crothers”, and delivered to him in March 1950 in England by the coach building firm “Rippon Brothers” It's a right hand drive car, has a 6 cylinder 4.25 liter engine, a 4 speed manual gear box with the gear change on the right hand side of the driver. It is a very luxurious, comfortable, fast, safe car to drive, was made to be driven in England and on the European Autobahn at very high speeds (in excess of 100 mph) with 4 passengers...

I purchased the car in 1993 and have enjoyed it ever since. Some years ago I had some slight damage done to my front fender; I decided to have an auto repair shop fix the damage. The repair shop owner told me, to repair the damage was not a problem, but the repair would make fender look better than the rest of the paintwork.

So I decided the car really needed some work to bring it back to the condition I wanted, then I decided as the upholstery needed some help, So, I had the car repainted and reupholstered and re-carpeted as well as all the mechanical parts checked. All of this brought the car up to the condition I wanted and was done in 2007. It has the original radio, but unfortunately it needs some help.

The car was originally black on black, it is now black over silver, the upholstery was brown but was showing its age, it's now silver grey leather. The carpets and the head cloth were brown and are now silver grey to match the upholstery. The car has a sun roof and footrests in the rear passenger area; in addition I had an armrest added between the driver and front seat passenger. The rear seats have vanity mirrors and ashtrays for the rear seat passengers.

The car drives wonderfully I have to watch the speed as it tends to creep up. I replaced the original skinny cross-ply tires with Michelin radials so the car now is a delight to drive. My wife and I have driven the car all over the Western States, Southern California to Washington, from the Pacific to the Arches National Park at Moab, the Grand Canyon , Sedona and even over one pass in the Colorado mountains at 11,000 ft.

This was one of the cars contracted by Bentley to the “Rippon Brothers Coach builders” to help reduce the very long waiting time for customers as the waiting time for the MK VI was more than a year at that time. It was a very popular car.

I have the Owner's Manual, the Workshop Manual, the build specs and some of the history. And in addition a number of other books as well as the small tools that fit under the left side of the dash board in a locked drawer.

The Bentley MK VI was the first car that Bentley and Rolls Royce produced after WW II. All car production had stopped during the war. Photo taken at Perris Airport with a Shorts Skyvan in May 2019.

My car Chassis Number “B239 FU” was built in 1949 -1950, the engine number is “B369F” was sold to Mr PD Crothers and delivered to him in London, March 1950. It’s a right hand drive has a 6 cylinder 4.25 litre engine, a 4 speed gear box with the gear change on the right hand side of the driver. The car has been fully checked and the engine and all mechanical parts are perfect.

The car was originally Black over Black, I changed it some years ago to Black over silver and had the upholstery , carpets and head cover to match, It has a sunroof and footrests and picnic tables in the rear passenger area, I also changed the tires from cross ply to radials, the car is a delight to drive